We are sad to announce the sudden death of Professor James Muldowney. He died suddenly at home in his 83rd year on March 7th, 2022.

Cherishing his memory are his beloved wife of nearly 58 years, Fidelma, his children Siobhán (George MacMillan), Maeve (Mike Lee) and Eamonn. Fondly remembered by his grandchildren Rory, Thomas, Marcus, Nica and Victoria. He also leaves his brothers Dick and Pat and sisters, Catherine and Anne as well as his O’Gorman brothers and sisters-in-law Ethna, Vincent, Dorothy and Ralph, all in Ireland.

He was a respected professor at the University of Alberta and will be remembered by his colleagues and former students in the Department of Mathematics.

Jim was born in Thomastown, Co. Kilkenny, educated at Coláiste Íosagán (Ballyvourney), National University of Ireland Galway and the University of Alberta. As a new immigrant to Canada in 1962 he made a significant contribution to many sports organizations in Edmonton, including the Rowing Club, Chasquis running and the Nordic ski club.A private family burial will take place. There will be a celebration of Jim’s life at a later date. 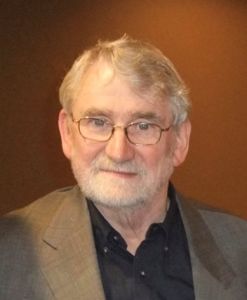 Until one is committed, there is hesitancy,
The chance to draw back, always ineffectiveness.
Concerning all acts of initiative there is one elementary truth,
The ignorance of which kills countless ideas and splendid plans:
That the moment one commits oneself,
Providence moves too.
All sorts of things occour.
A whole stream of events issues from the decision,
Raising in one’s favour all matter of unforeseen incidents
And meetings and material assistance,
Which no person would have dreamed
Would have come their way.
Whatever you can do, or dream you can, begin it.
Boldness has genius, power and magic in it.
Goethe